Where’s My Guitar? An Inside Story of British Rock and Roll 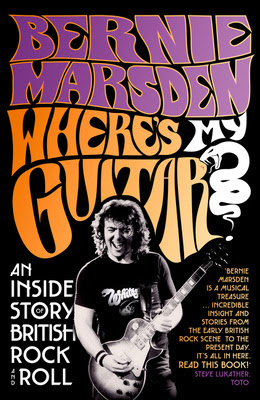 Sometimes the most interesting music biographies are not (ghost) written by pampered millionaire rock stars from the rich end of town.  Just occasionally you’ll find one like this.  By anyone’s standards Bernie Marsden has enjoyed a long and varied career in rock with many ups and downs.  But there are no lurid tales of private jets, model girlfriends or rehab here.  No hotel room trashing or tax exile debauchery, either.  This is the honest and captivating story of a journeyman blues guitarist toiling at the coalface of 70s and 80s rock.
Bernie has played with countless bands, small, medium and large over the decades, culminating in Whitesnake where he enjoyed the most success.  But it’s the stories of his early years as a struggling sideman where the real meat of this book lies.  I’m a sucker for tales of the hard-working bands who inhabit the lower leagues of rock and Marsden has served time with plenty of them.  Over the years he passed through the ranks of Wild Turkey (with Jethro Tull founder Glenn Cornick); Babe Ruth; UFO; Paice, Ashton, Lord; Cozy Powell’s Hammer and others before finally hitting pay dirt in Whitesnake with David Coverdale.  There are also vague yet intriguing tales of a late 70s audition for Paul McCartney’s Wings, but that fell through as Whitesnake beckoned. 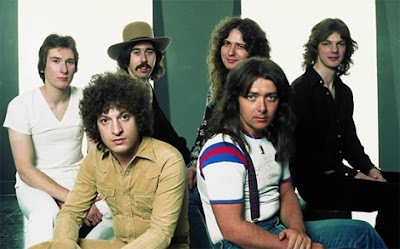 Touring in Franco’s Spain with Wild Turkey was an interesting time and Marsden tells how the band was pulled over and interrogated by the policia, who employed a zero tolerance policy when it came to troublesome longhaired British musicians.  Luckily, one of the Spanish cops turned out to be a major Jethro Tull fan.  “Ah! Living in Ze Past!” he exclaimed, pointing at the perpetually headband-wearing Glenn Cornick.  And with that Wild Turkey was given a high speed police escort to their gig.  Bernie has a seemingly endless supply of such stories of life on the road, each one more entertaining than the last.
Big name celebrity anecdotes are plentiful as Marsden recalls time spent with the likes of George and Ringo, Ozzy Osbourne, B.B.King and a pre-fame Elton John.  But Bernie was equally thrilled to meet the ailing Johnny Winter aboard a modest tour bus in Milton Keynes as he was recording the Whitesnake album Come ‘an Get It at Tittenhurst Park, John Lennon’s palatial former home in Ascot.
In 1982 his tenure with Whitesnake ended badly following a conflict with the management, but not before he had co-written one of their biggest songs “Here I Go Again”, thus securing his pension plan.  The easy-going guitarist is still on good terms with David Coverdale however and, in fact, has hardly a bad word for any of the musicians he has worked with over the decades, save perhaps various members of Stray and UFO.  But you’ll have to read the book to find out why that is. 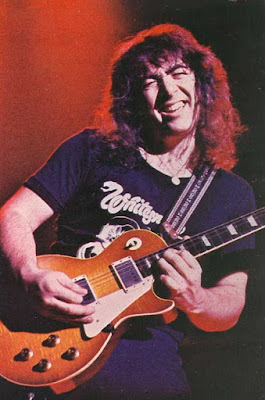 Guitar aficionados will devour the penultimate chapter devoted to Bernie’s rare and vintage instruments, including his legendary 1959 Gibson Les Paul, nicknamed “The Beast”.  Titled “Guitars and the Sickness They Induce”, the chapter tells of cherished guitars bought and sold, plus some that got away.  Packed with esoteric detail, it’s the perfect way to round off the story of a self-confessed guitar addict.

The final section “Seminal Moments in My Musical Education” catalogues important rock events the young guitarist witnessed in his formative years.  From huge outdoor shows such as the 1968 Woburn Festival featuring Jimi Hendrix and Blind Faith’s Hyde Park free concert the following year, to small gigs at the humble California Ballroom in Dunstable, close to Bernie’s hometown of Buckingham.  It was here he saw Peter Green’s Fleetwood Mac and other late 60s bands who would have such an influence on his playing style.
I experienced Where’s My Guitar? as an audiobook, narrated by Bernie himself.  His relaxed delivery making it all the more enjoyable.  That meant I missed out on the photographs contained in the physical book, but I did gain some incidental guitar interludes between chapters, plus an exclusive 1978 interview with B.B.King conducted by Marsden backstage at the Hammersmith Odeon.
Bernie may have been a member of Whitesnake, one of the biggest rock bands of the 80s, but it’s the day-to-day stories of the less well-known groups he’s been involved with which help make this one of the most captivating and enjoyable music memoirs I’ve read in a long time.
Originally privately published in 2017 under the title Where’s My Guitar? On the Tour Bus with the Snakeman, this book received a full worldwide publication and update with a new title in late 2019. 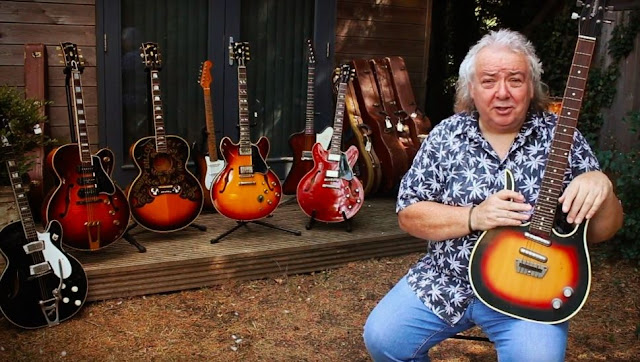