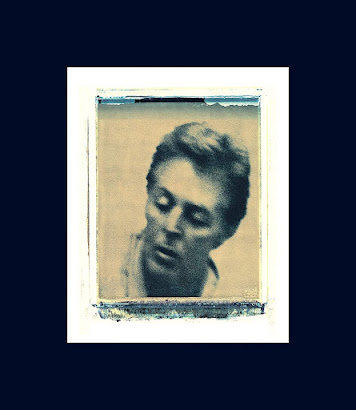 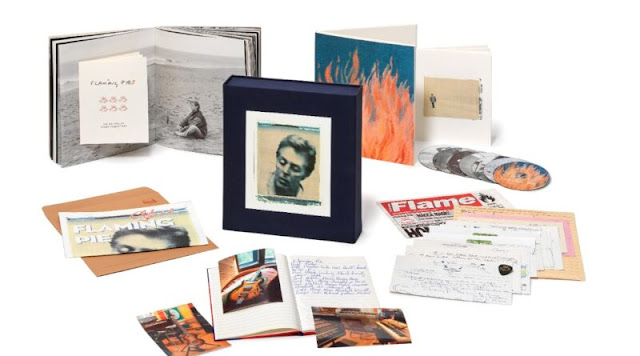 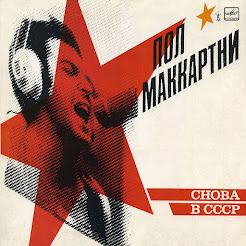 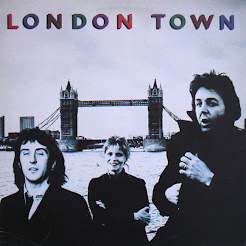 It was the best of times; it was the worst of times.  Inter-band democracy seldom works at this level and four of the five McCartney/Laine co-compositions on London Town are forgettable at best (the honorable exception being the title track).  We can’t blame Denny for the wildly misjudged “Famous Groupies”, however, of which the least said, the better.  On the plus side we have the poptastic “With A Little Luck” and “Girlfriend” plus, best of all, the beautiful “I’m Carrying”.  So, it wasn’t all bad news. 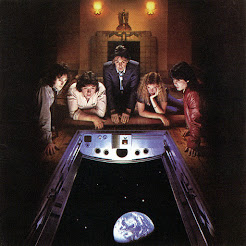 In which Laurence Juber and Steve Holley join Paul, Linda and Denny Laine for what proved to be the final Wings album.  This line-up promised great things, but Paul’s famed Japanese drug bust put the kibosh on any future Wings activity.  A patchy album with three or four great tracks.
Highlight: “Old Siam Sir” 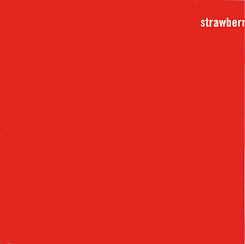 17: Strawberries Oceans Ships Forest – The Fireman (1993)
Consisting of samples taken mostly from the Off The Ground and Back To The Egg album sessions, this is probably the most interesting of the ambient techno albums Paul made with Killing Joke/Orb producer Youth.  Wonderfully hypnotic.
Highlight: It’s all good but I won’t pretend I can distinguish one track from another.  Let’s go with “Pure Trance”. 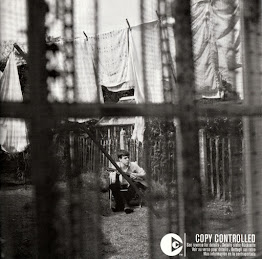 16: Chaos And Creation In The Backyard (2005)
After more than 40 years at the label, this was McCartney’s final album for EMI (he re-signed with them in 2016).  Another late career highlight, it was recorded mostly solo with Nigel Godrich (Radiohead/Beck) producing.
Highlight: “Jenny Wren”. 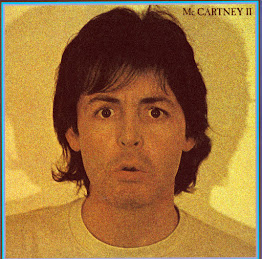 15: McCartney II (1980)
In which the solo Paul dabbles in electronica, with varying degrees of success.  It’s a mixed bag, but “Coming Up”, “Temporary Secretary” and “Waterfalls” are as good as anything he recorded during this period.
Highlight: “Coming Up” 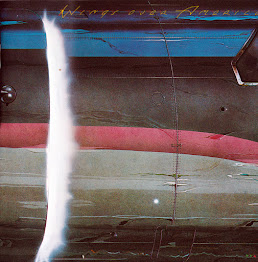 Recorded during May/June 1976 at dates in America (with studio overdubs added later in London) this expansive triple album saw McCartney performing Beatles songs live for the first time in his solo career.  Otherwise the set list drew heavily on the Band On The Run, Venus and Mars and Speed Of Sound albums.  Inexplicably, Denny Laine’s throwaway version of the Paul Simon song “Richard Cory” was included during the acoustic bracket.
Highlight: “The Long and Winding Road”. 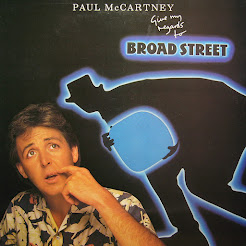 13: Give My Regards To Broad Street (1984)
The film was a glorious failure, to be sure.  But the soundtrack album was pretty darn good, Beatles re-recordings notwithstanding.  The 9 minute “Eleanor Rigby / Eleanor’s Dream” still scrubs up well, as do revamped versions of recent favourites “Ballroom Dancing”, “Wanderlust” and “Silly Love Songs”.  “No More Lonely Nights” was Paul’s best song in years and exists in several radically different versions, from ballad to disco, all of them good.
Highlight: “No More Lonely Nights (Ballad)”. 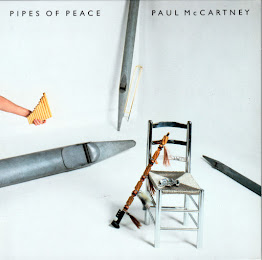 12: Pipes Of Peace (1983)
Much of Pipes of Peace was written / recorded during the Tug of War sessions and it was a weaker album than its predecessor.  Still, Macca’s leftovers are another man’s pop gold and the Michael Jackson duets “Say, Say, Say” and “The Man”, were both US chart-topping singles.
Highlight: “Pipes Of Peace” 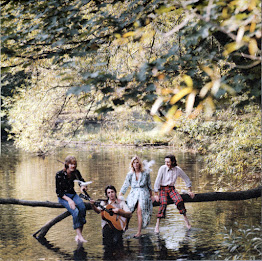 Call me a sentimental old fool, but the cover photo showing Paul standing waist deep in a river while holding his literally priceless Epiphone Texan acoustic (the “Yesterday” guitar) never fails to fill me with foreboding at what might have gone wrong.  Often dismissed as a confused hodgepodge of half-realised musical ideas, the debut Wings album has aged gracefully and contains some tremendous music, albeit sounding very much of its time.  The raucous, powerful title track, the tuneful “Tomorrow” and the sublime “Some People Never Know” are all top notch efforts, while a bizarre cover of the 1956 Mickey and Sylvia hit “Love Is Strange”, delivered reggae style, only adds to the delight.
Highlight: “Some People Never Know”. 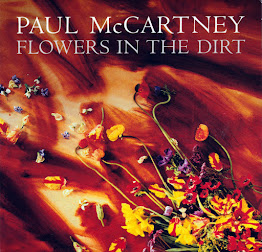 10: Flowers In The Dirt (1989)
Working with Elvis Costello seemed to put a spring in Paul’s step and this was a huge improvement over the lacklustre Press To Play.  “My Brave Face”, “Figure Of Eight”, “Put It There” and “This One” were instant McCartney classics and only the dated 80s production prevents a higher placing today.
Highlight: “My Brave Face”. 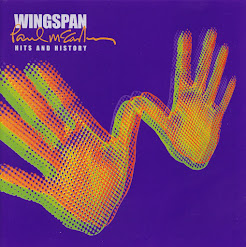 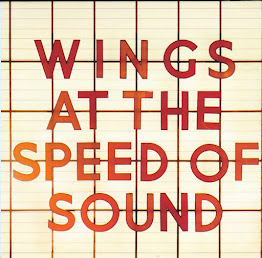 8: Wings At The Speed Of Sound (1976)
Democracy abounds as Paul surrenders lead vocal duties to other band members on no less than five tracks.  Jimmy McCulloch sings the self-penned (and eerily prophetic) “Wino Junko”, while Linda sends the twee-o-meter off the scale with “Cook Of The House”.  The real meat of the album (if you’ll forgive the expression), however, rests with “Silly Love Songs”, “Let ‘Em In”, “She’s My Baby” and “Beware My Love”, bulletproof McCartney classics all.
Highlight: “Silly Love Songs”. 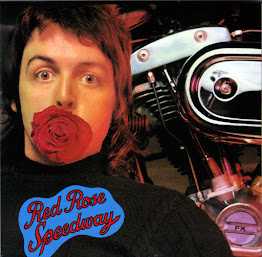 7: Red Rose Speedway (1973)
Best remembered for the big hit single “My Love”, Red Rose Speedway offers several other delights, not least “Little Lamb Dragonfly”, “When The Night” and the beautifully constructed 11 minute medley which closes side two.  But Henry McCullough’s once in a lifetime guitar solo on “My Love” is the money shot here.
Highlight: “My Love”. 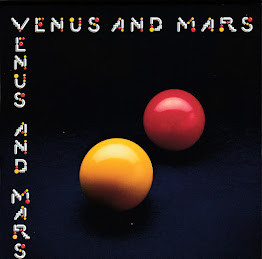 6: Venus And Mars (1975)
Sounding like a more polished version of Band On The Run and recorded with the same line-up, this was the album Wings toured the world with during 1975/76.  The songs were strong, with “Letting Go”, “Call Me Back Again” and “Listen To What The Man Said” the pick, but it all sounds a little too slick today.
Highlight: “Call Me Back Again”. 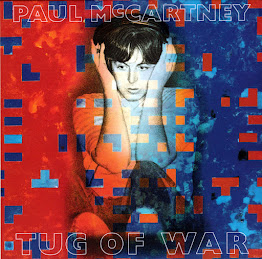 The first McCartney album released after Lennon’s death, Tug Of War received more exposure than perhaps it might have done under normal circumstances.  Featuring an all-star cast including Stevie Wonder, Eric Stewart, Carl Perkins and Ringo, it covered a lot of musical styles, from rockabilly to funk.  The “Ebony and Ivory” duet with Stevie is generally reviled these days, but it’s a fine song, despite the mawkish sentiments.
Highlight: “Here Today”, Paul’s tribute to John. 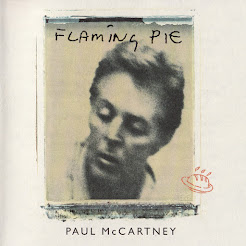 4: Flaming Pie (1997)
With hardly a weak track it was his most satisfying record in more than a decade.  It’s a threadbare cliché, but this really was a major return to form.  The last great McCartney album?
Highlight: “Beautiful Night”. 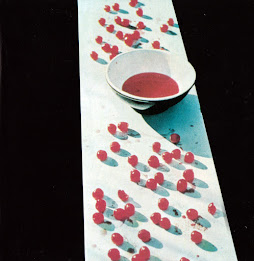 Paul’s debut solo album oozes rustic charm.  Lesser artists would give their pension plans for songs like “Maybe I’m Amazed”, “Every Night”, “Teddy Boy”, “Junk” and “That Would Be Something”, but here they are casually tossed into the mix as home recordings with Paul playing all the instruments.  His melodic genius is such that these songs stand tall without production trickery of any kind.
Highlight: “Maybe I’m Amazed. 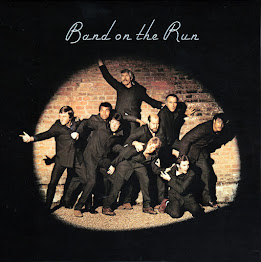 2: Band On The Run (1973)
Recorded as a trio with Linda and Denny Laine, this is where it all came together for McCartney and Wings.  47 years on, this timeless album holds up just as well as it did in 1973.  A huge seller packed with classic songs, it made number one around the world, shifting three million copies in the US alone.
Highlight: “Band On The Run”. 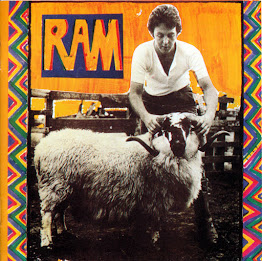 Music was pouring out of McCartney in the early post-Beatles years and he threw everything but the kitchen sink into his second solo album.  Changing direction in the blink of an eye, this album is a kaleidoscopic mixture of heavy rock (“Monkberry Moon Delight”), acoustic folk (“Heart Of The Country”), blues (“3 Legs”) and all points in between.  The John and Paul feud rumbled on in the lyrics of “Too Many People” and “Dear Boy”, while “The Back Seat Of My Car” is widescreen pop at its best.  Somewhat underrated on release, Ram has grown in stature over the years and is now regarded as a major work.
Highlight: “Uncle Albert/Admiral Halsey”.