North of London's Oxford Street, behind Selfridges department store, lies the grand 18th century open space known as Manchester Square.  Between 1960 and 1999 EMI records' imposing seven storey glass fronted headquarters was located there (don't look for it, it was demolished at the turn of the millennium).

Now, the one thing nearly every music fan knows about EMI House at 20 Manchester Square is that in February 1963 the cover photo of the Beatles' debut LP Please Please Me was taken there on the first-floor landing.  But most people are possibly not aware that EMI's press office used Manchester Square as a cheap and convenient location for their publicity photos.  Dozens of iconic pictures were taken against the railings at the front of the building, or on the spiral staircase leading to the outdoor basement area and some, like the Seekers' EP cover shown here, were even snapped across the road in the leafy, park-like environs of Manchester Square itself.  The Marylebone Council wooden park bench on which Judith Durham is reclining so seductively is clearly branded "Manchester Square 1953". 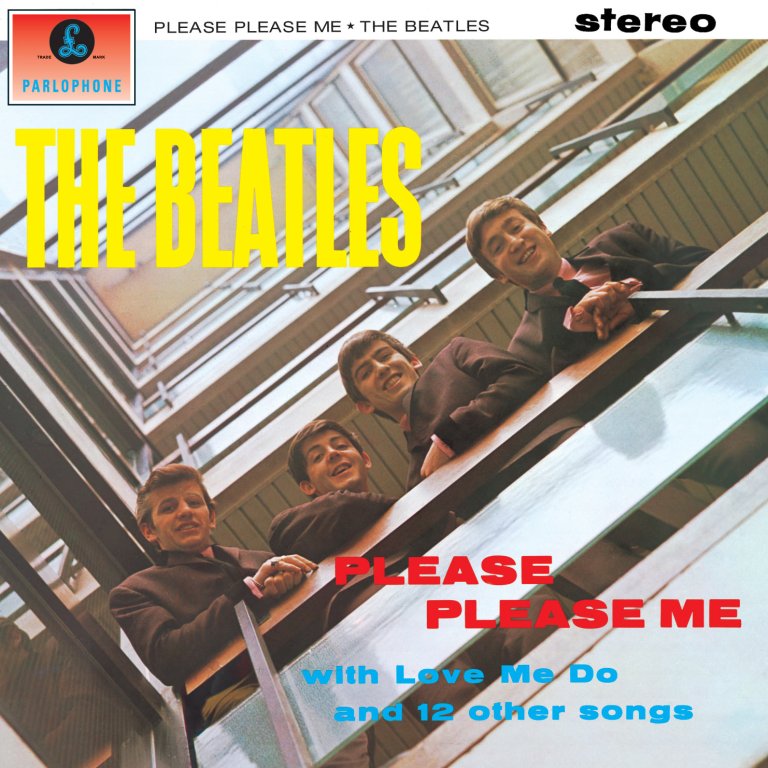 *The picture that started it all. From February 1963, Angus McBean’s famous shot of the Beatles on the stairwell at EMI’s Manchester Square headquarters.

In 1969 the Beatles returned to Manchester Square with original Please Please Me photographer Angus McBean to recreate the stairwell shot for the intended Get Back album.  This record never materialised, and the project eventually turned into Let It Be.  But both photographs were eventually used in 1973 for the so-called Red and Blue compilation albums (officially titled 1962 - 1966 and 1967 - 1970).


When EMI left Manchester Square in 1999 the famous section of stairwell railing complete with glass (but not the stairs themselves as is sometimes claimed) went with them and was installed in the first-floor cafe of their offices in Brook Green, Hammersmith.  In 2009 EMI moved yet again and the railing was mounted in their reception area at Wrights Lane, off Kensington High Street.  Since then the once-mighty EMI has been swallowed by a series of mergers and takeovers and today the Wright’s Lane building is the home of the Warner Music Group.  It’s now thought that Paul McCartney owns the EMI handrail and keeps it in his studio in Sussex. 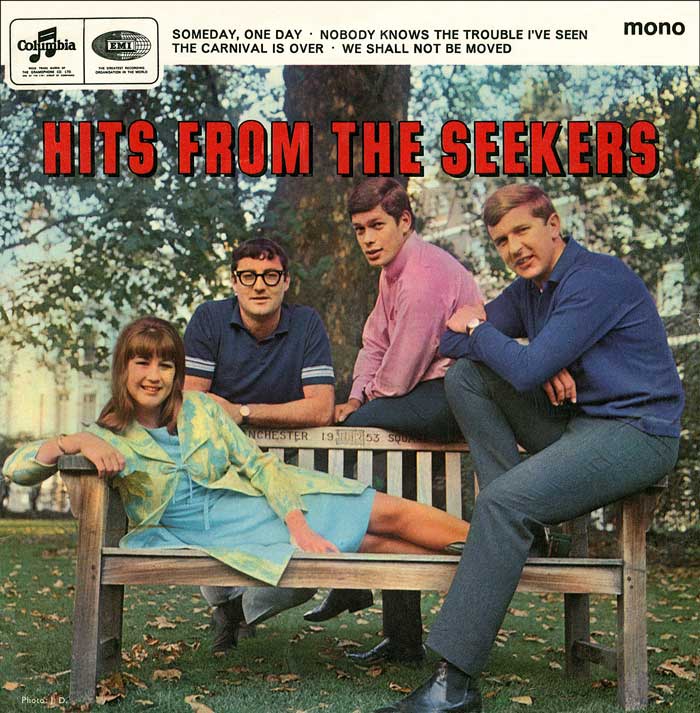 *The Seekers pictured in Manchester Square in 1965


The Beatles’ stairwell shot has become almost as legendary as the Abbey Road sleeve over the decades, with many spoofs, parodies and imitations appearing by bands as unlikely as the Sex Pistols and Blur.  The location was obviously not as assessible to the public as the landmark zebra crossing of course, but you can bet your life that every young musician who visited EMI House in the closing years of the last century couldn’t resist sneaking a quick pose on that first-floor stairwell.