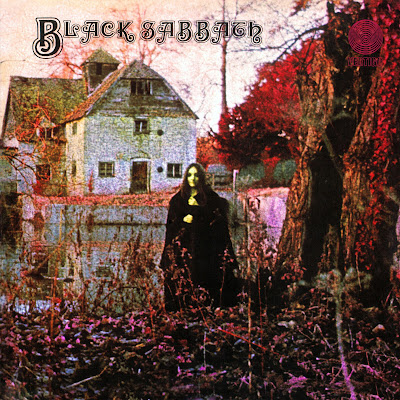 In early 1970 an album was released that probably shaped my life more than any other. The self-titled album by the Birmingham-based band Black Sabbath. With its grainy picture of a disturbingly eerie woman standing in front of a watermill on the cover. With a musical mix of rock, jazz and blues, sprinkled with a liberal dose of distortion, they managed to create the genesis for what became one of the most enduring forms of popular music, heavy metal.
In honesty I knew nothing about this whatsoever. As at the time I was only eleven years old. 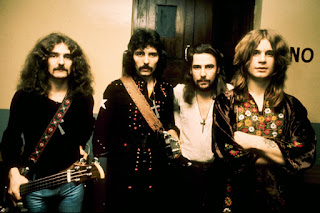 It wasn’t until about four years later and by way of one of my friend's very cool older brothers that I got my hands on a copy of Sabbath's third album Master of Reality. Very much drawn in by the gothic purple and black embossed boxed sleeve, not to mention the now legendary “cough” intro to the first track “Sweet Leaf”, by the time I got to “Children of the Grave” with its outro of voices surely calling to us from the other side, I was completely and utterly hooked. This was definitely not music my parents would like. 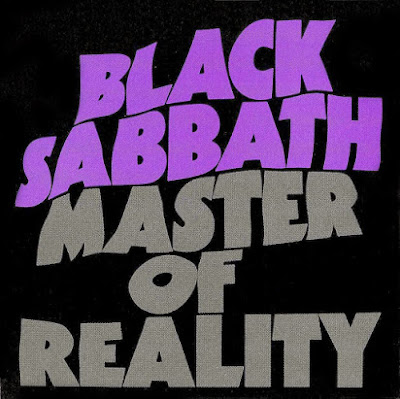 By an amazing twist of fate, a few weeks later a friend approached me with the magic words “my mate's got a spare ticket for Sabbath”. Needless to say, I didn’t have to think about this for very long.  In the run up to the sacred date, I decided to cram in as much Sabbath time as possible, Volume 4 was purchased with an advance on my paper round money and anything else anyone had was devoured. When people found out I was going, one or two, supposedly in the know, tried to frighten me off by saying they were devil worshippers and their gigs, when they don’t go well, can end abruptly with all the gear hauled into the middle of the stage while Ozzy and his cohorts scream mantras to Lucifer. I was only slightly put off but it did linger in the back of my mind. 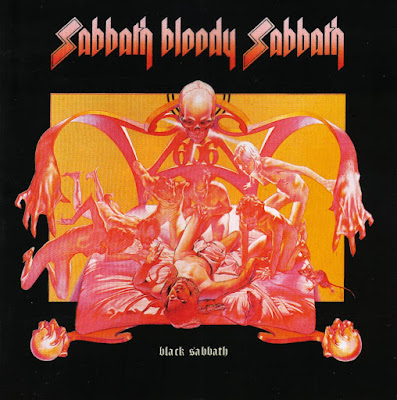 The tour I was about to witness was in support of the album Sabbath Bloody Sabbath which had been released in December 1973, this was now May 1974 and neither myself or any of my mates had managed to get their hands on it. I remember going into our local record emporium and picking up the sleeve. The image on the front seemed to completely concur with the warnings I was being fed. What if it was all true and they really did release midgets dressed as gargoyles into the crowd and we would have to give ourselves up to Satan if the finger of fate was pointed in our direction? Even in my friend’s dad’s car on the way to the gig I was having doubts about my enthusiasm for snapping up this ticket to the “depths of hell”.

Well, as you all now know, Ozzy has a penchant for biting the heads off things he shouldn’t and the band were bestowed with the “dark lords” mantle by the press, and the members themselves saw it as very funny indeed. The gig itself for this 15 year-old was absolutely brilliant. Having seen my first ever band a few weeks earlier - Deep Purple on the Burn tour, a band much feted at the time for appearing in the Guinness Book of Records as the loudest in the world - even the gut busting power of Tony Iommi’s monster riffs and Geezer Butler’s bubbling bass lines didn’t alarm me one bit. It must have been a good gig for the band themselves as none of the gear was dragged around the stage either.

It’s funny isn’t it, how, now that we have the internet, all the great anticipation and excitement my first Black Sabbath gig engendered has been largely washed away. YouTube lets you see pretty-much any live act you want and it also lets you hear most new albums, in some cases just the key tracks, but often in their entirety. Album covers and even sleeve notes are everywhere. Some might say it's progress but the cynical, and that includes me in this case, would say a lot of the magic that was rock music in the 60s and 70s has long gone. The download and shuffle world we live in has obliterated the sheer joy of going to gigs, sometimes not even knowing what the band looked like, unless you managed to catch a glimpse of your heroes on the back of some completely inappropriate (in rock terms) teen girls’ magazine in the racks of your local newsagent. New songs just passing by on random radio shows or late night television had to be embedded in your memory for later investigation. The joy of finally acquiring an album and taking in every minute aspect of the sleeve, the lyrics and even the perfectly centred label, tracklist, credits and all, just can’t be recreated today. This is before you’ve even heard the music, magically captured within those grooves.

I still listen to those albums today and they still create an atmosphere, albeit completely in my head, of a dark brooding world, where evil is prevalent and giant guitar riffs are the only key to eternal ecstasy. I’ll leave the Spotify playlist in the ether, maybe one day they will work out how to recapture the whole experience. By the time that happens I’m sure I’ll be long gone “Into The Void” .